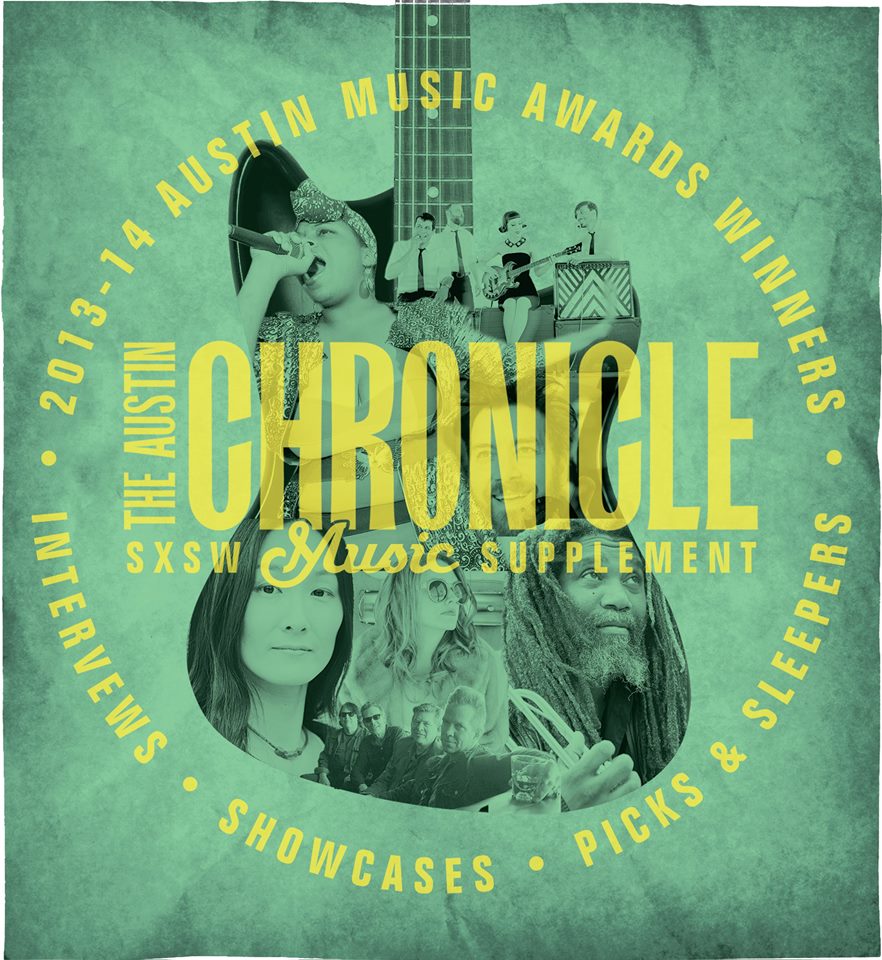 I remember when I was three years old, I asked my mother to get me a keyboard so I could start taking piano lessons. I was too lazy to practice, but my mother said if I quit piano, I would end up regretting it. I stuck with it until I was 15, and now I do regret that I ever stopped playing piano.

When I entered middle school, I joined the school wind ensemble as a clarinet player. I wanted to be a harpist, but there were no opportunities to study harp around my hometown of Fukuyama, a small city in Hiroshima prefecture. I am still thinking about taking some harp lessons one of these days....

When I was 14, I wanted to play in a rockabilly pop band with some of my friends. I got picked to play drums somehow, and I went to try out a group drum lesson with my drummer friend. I could play drums much better than anyone there, and my friend soon quit playing drums. I started to play in a Japanese punk cover band and a pop rock cover band. My first teacher was a big band drummer, so I started listening to Count Basie.

I went to Waseda University in Tokyo, because that school has one of the best college big bands in Japan. The band was gigging more often than most professional ones. I couldn't get the regular drummer position for my first 3 years in school, so I went to jam everywhere to get better.  I started to like all kinds of jazz, not only big band. My heroes were first Butch Miles, Sonny Payne and Mel Lewis, which expanded to Philly Joe Jones, Max Roach, Jimmy Cobb, Art Taylor and Elvin Jones.

After I graduated from Waseda with a degree in dramatic arts, I came to the U.S. to study music at the Berklee College of Music. I was a film scoring major, but my English and technology skills were poor, and people started giving me gigs playing drums, so I became a jazz musician. I studied with Joe Hunt, Ron Savage, Jamie Haddad, Kenwood Dennard, and George Garzone. I was also influenced by other Berklee students such as Steve Hass and Antonio Sanchez, and John Lamkin.

In Boston, I joined pianist Takana Miyamoto  and bassist Noriko Ueda to form a Japanese female trio "Groovin' Girls" which gigged mostly around Boston/NY. We had some good opportunities to play at venues such as Sweet Basil, Sakura Festival at Kennedy Center, and BET(Black Entertainment TV) show called "BET on Jazz Central".--this was actually given by Christian McBride to Noriko for subbing his band. Lots of musicians (some were famous like Chris Potter, some became famous later) came to our gigs to sit in with us.

This band actually reunited in summer 2014 in Tokyo and had a recording session after 15 years of blank years. This album was released in October 16, 2015. 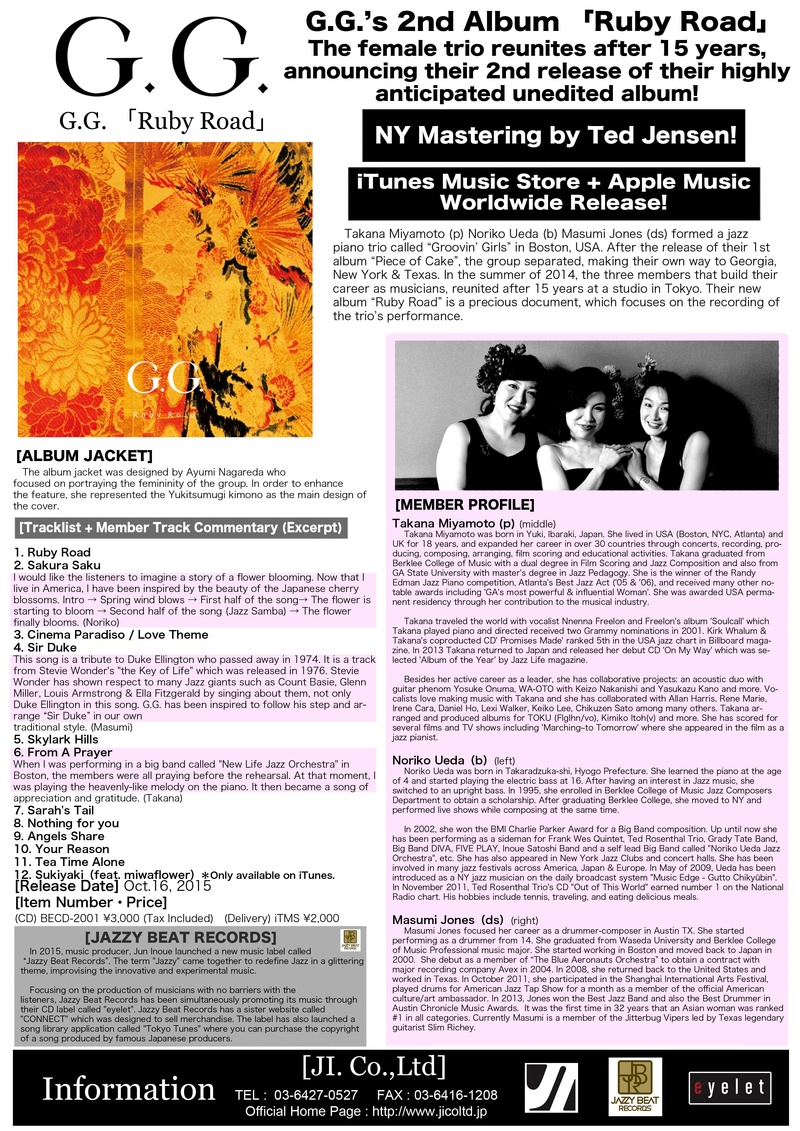 Meanwhile, a bassist Chris Luard picked me to join his band "Satin Coast". We were gigging around Boston as one of the busiest live bands in town. In this band I had opportunities to play with Dave Barraza, Phil Grenadier, Justin Mullen, and even George Garzone joined us once.

I moved back to Japan in 2000, and got a major record deal as a drummer of all female jazz big band "Blue Aeronauts Orchestra". We toured all over Japan, played on TV and had a big fun.

I moved back to US again in 2008, and started my career over here in Austin TX. Career after 2008 is on "home"page in this site.

Audio from "Ruby Road" by G.G.